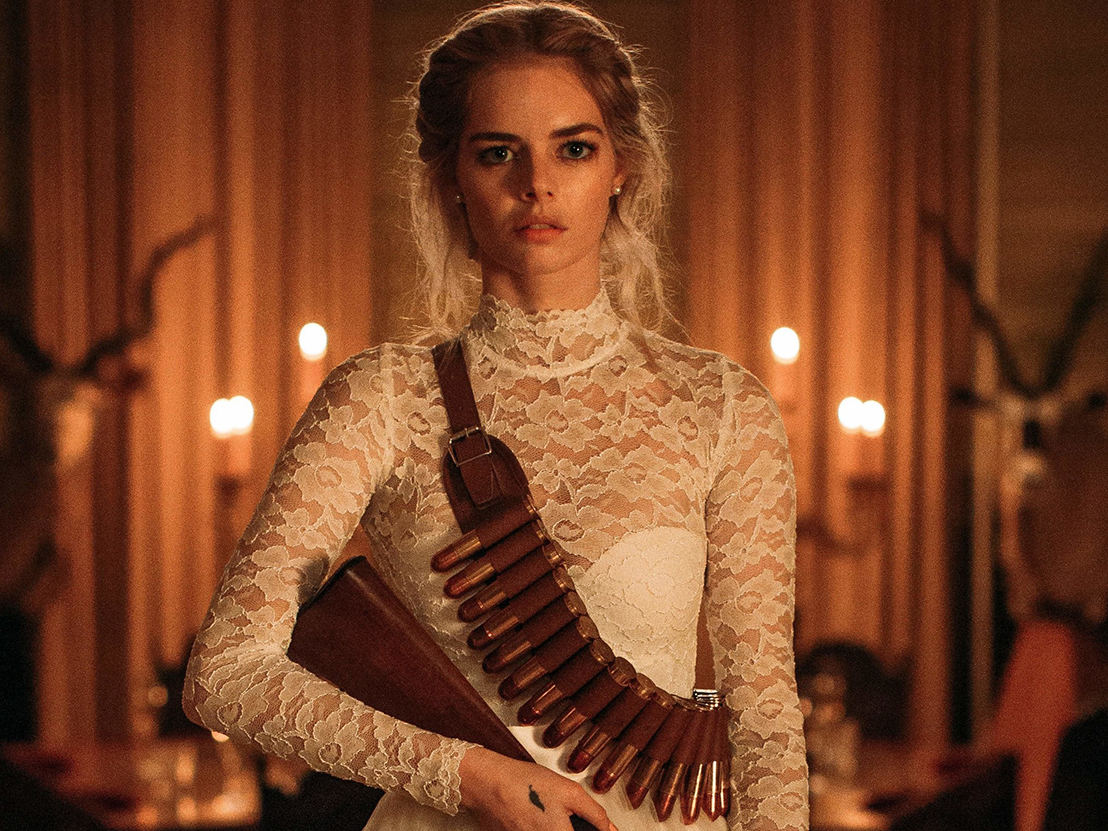 Those walking into Matt Bettinelli-Olpin and Tyler Gillett’s Ready or Not hoping for a cinematic adaptation of The Delfonics’ 1968 classic ‘Ready or Not Here I Come (Can’t Hide from Love)’ might be disappointed. Others may be pleasantly surprised by this gory and mean stalk ‘n’ slash horror comedy, set entirely in a mansion full of secret corridors and deadly household items.

The setting alone already tells us that the film, like many other mansion-set horror movies before it (Clue and House on Haunted Hill come to mind), will indulge in at least some degree of class critique. Especially when said house is gloomy, dark and creaky, passed down from generation to generation, its walls covered in portraits of deceased family members. This concern with remembering and even preserving the past jumps out at Grace (Samara Weaving), visiting for the first time the family home of her soon-to-be husband Alex Le Domas (Mark O’Brien).

Rather more brash and sardonic than most horror heroines, Grace isn’t rich and does not fit in the world of the Le Domas family – one of manners, politeness, and barely concealed vanity. Refreshingly, however, the film blurs its good vs evil dynamic a little: in the same way that Grace, though dressed in white, isn’t an innocent or naive damsel, the family members reunited for the wedding do not exactly hide their unchecked neuroses or vile personalities. It isn’t impossible to imagine them all getting along the way most families do.

Instead, the film translates this inherent class difference between Grace and her in-laws into a more literal and unavoidable confrontation, in the form of a deadly game of hide-and-seek. The Le Domas family, which made its fortune from board games, bets its continued success on its faithfulness to a ludicrous tradition: every new member must randomly pick a game to play, and though not all of them involve murder, their version of hide-and-seek does.

As Grace, secretly helped by Alex, escapes her hunters as best she can, the film opts for strategies more logical and realistic than surprisingly ingenious. Nothing Grace does strikes you as particularly imaginative, which feels a little odd and even somewhat disappointing when considering the wit of the dialogue. But this allows for a more visceral experience that gleefully and repeatedly delves into gore.

Grace does not gracefully escape from her hunters at all. Rather, she is put through the wringer, engaging in hand-to-hand combat, falling from heights, is stabbed and much more. This dark tone does not feel sadistic thanks to Weaving’s powerful, no-holds-barred interpretation, playing Grace as a woman simultaneously bewildered, terrified and desperate to stay alive. It also helps that, simply put and without spoiling the fun, the Le Domas’s have it much worse.

The film is a great showcase for all of its actors, though some characters are more straightforward clichés than the others. Adam Brody once again plays on his boy-next-door image with delightful results, as he so wonderfully did in Jennifer’s Body, while Andie MacDowell shines in a rare villainous role.

Weaving, meanwhile, commands the attention and is our lifeline across a film whose dark and not always inventive humour often threatens to become rather exhausting. Indeed, one may long for the more slow-burn thrills of human hunting classic The Most Dangerous Game or the stealth execution skills of Jean-Claude Van Damme in Hard Target. But somewhere in between these two films, the thrilling mix of dark sarcasm and body horror of Ready or Not still satisfies.

The post Ready or Not appeared first on Little White Lies.